The evolving context of N-Tyre

The context that N-Tyre plays a role is evolving and expanding and the platforms within which it features are as follows:

Durban recently hosted the COP 17 Climate Change conference.  Carbon emissions reduction is an area where there is much opportunity and potential for N-Tyre.  Our recent research and documented results show that the average tyre pressure under-inflation in South Africa is running above the global average.  Just by measuring and correcting the tyre pressures to the correct manufacturer specifications, the immediate cost-saving is :

Our research has also included, based on the actual incidents of tyre-related costs (run-flats, blow-outs, tread separation and shredding, bearing failures etc) N-Tyre Systems can reduce expenditure of tyres by 35% and reduce fuel consumption by 3%.

President Jacob Zuma has committed South Africa to reduce its carbon footprint and emissions by 34%. This is a tall order, given our reliance on fossil-fuel and coal fired power. Assume, based on the recent commitment to build Medupi and Kusile caol-fired power stations, we are unlikely to see much contribution from Eskom. After Eskom, the logistics / transport industry is the highest contributor to and of carbon emissions

This positions the logistics and transport industry to meaningfully engage carbon emissions reductions. Already the carbon tax on new vehicles is testimony to the opportunity.

This industry is driven by the primary maintenance and upkeep costs of fossil fuels and tyres.

Technology has made major inroads on the fuel side, but to date, until N-Tyre, there has been little investment into tyre maintenance technology with the express purpose of extending tyre longevity and sustainability through information management of measurements and monitoring of tyre pressures, tread wear, bearing and brake temperatures.

Government, through the Department of Environment Affairs & Tourism, has gazetted in Feb 2009, new specific Regulations to Waste Tyres under the Environment Conservation Act (Act 73 of 1989). It is estimated that the legacy stockpiles of waste tyres amounts to 60 million tyres, and current waste is in the order of 10 million tyres per annum.

Waste tyres are an environmental problem – they do not decompose, are a pollutant and breeding ground for mosquitos. Unfortunately, with current technology, there is no economically viable recycling solution. Against this context, Government has requested the tyre stakeholders to present a solution to this problem of waste tyres.

The South African Tyre Recycling Process Company (SATRPC) and the Recycling & Economic Development Initiative of South Africa (REDISA) presented their plans to the Minister of Environment during the course of 2011.

In December 2011, REDISA was gazetted as the preferred partner. Although there have been legal challenges and issues pertaining to the date of implementation, the waste tyre regulations will prevail. The process has extended the public comment phase till end April 2012.

This national strategy informs and directs the agenda and context for the SATRPC & REDISA proposals. 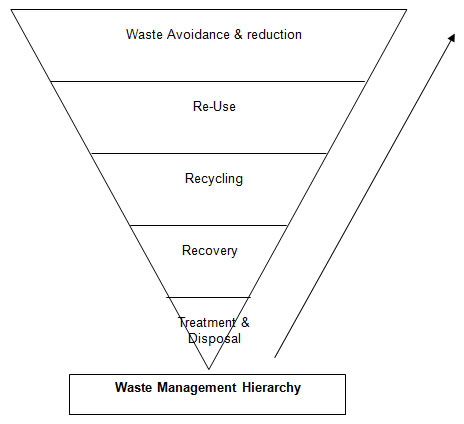 N-Tyre is well positioned in terms of its technology and value-added service to clients – at its very design, it is primarily geared to avoid and reduce waste.

Tyre longevity and sustainability are enhanced by the patented monitoring and measurement of tyre pressures, tread wear, brake and bearing temperatures.

The first corrective action is to maintain correct tyre pressures. The response to any variable that signals an alarm is a proactive warning to the driver who is alerted to the identified problem.

The secondary focus of N-Tyre Systems is to extend the lifespan of the casing through re-treading, in line with the manufacturers specifications.

The more the tyre has operated at correct pressure, the better it can present for re-treading. Just increasing the re-tread factor by 1 re-tread per tyre casing, already the waste tyre downstream impact is immediately realised.

There are a number of scientific and academic thought leaders in the industry. N-Tyre has recently made contact with highly regarded experts in their field, with the intent of publishing some of the research findings of N-Tyre Systems.

The incredible data generated by the N-Tyre System every second, can now be used to substantiate and validate the theoretical values from surveys done on a fraction of the industry and at an infinitesimal moment in time and then extrapolated to the entire industry as the norm!

Not only will this create a new platform of awareness and exposure, but it will lend much credibility to the product and service of N-Tyre Systems.

Similarly, the industry has its own value-added service and / or product niche market leaders. We have met with such players and are progressing further synergies.

The N-Tyre System service and product is more than just the end-user consumer deriving immediate cost benefits. To date, the thrust of the marketing and awareness has been directly to such end-using consumers. N-Tyre is expanding and intentionally targeting a more refined brand awareness. N-Tyre is leveraging the increased environmental consciousness and focus in the context of the international and national agendas of tyres and the contribution to waste and carbon emissions reductions.

Pretoria – A recycling levy on tyres will be introduced next month, the department of environmental affairs announced on Tuesday.

She said the production and importation of new tyres in South Africa would be subjected to the R2.30 a kilogram levy, to be used for the collection and recycling of tyres by the Recycling and Economic Development Initiative SA (Redisa).

The levy, which was announced earlier this year, is part of the integrated industry waste tyre management plan and will be put into effect and managed by Redisa.

The income generated from the levy charged to tyre manufacturers and importers will be used for the collection of tyres, distribution to recyclers and research and development.

The plan aims to create jobs and small and medium businesses in communities throughout the country.

Water and Environment Affairs Minister Edna Molewa said she did not see the resultant recycling of tyres leading to a spate of tyre thefts from parked cars.

She said the levy would “be ringfenced” for Redisa and would not end up in the general fiscus. All those involved in the tyre industry – manufacturers and importers – have to register with Redisa by January 31.

Redisa estimates between 60 and 100 million scrap tyres are stockpiled in South Africa.

Waste tyres pose an environmental problem, both as pollutants and as breeding grounds for mosquitoes and vermin.

Apart from tyres being burnt for their steel, used tyres can be burnt for energy production, used in the asphalting of roads and in the production of shoes.

“Anyone who uses tyres for energy must have the appropriate technology,” said Deputy Water and Environment Affairs Minister Rejoice Thizwilonde Cobbinah said she expected a total ban on tyres being dumped at landfill sites within the next five years.